Chefchaouen, the beautiful blue pearl of the North

Travelers to Chefchaouen are captivated by the surreal impression this Andalusian town leaves in their souls. The facades of its houses are painted with various shades of blue that makes the city looks to be soaked in azure. Walking around its medina narrow streets give the impression of a blue labyrinth. It makes you feels like moving through a dream. And yet Chefchaouen has much more to offer than just a cute face. Chefchaouen encloses a national park of Talassemtane which englobes endemic species of fauna and flora with gorgeous views of the Rif mountains. For those who love hiking, the national park of Talassemtane is the perfect choice. Chefchaouen is also on the Mediterranean coast (120km) where to enjoy the crystal clean water of its rustic coast line.

start exploring the blue medina of Chefchaouen. Its medina is small, but authentic: wander through its alleys to blend with the locals and take in the smells of everyday life, such as bread hot out of the oven and expertly prepared tagines.

Continue to the source Ras El Mae where to enjoy the waters murmurs and watch the locals using the river’s water as a fridge for orange juice. Ras el-Maa River would pass along the eastern fringes of the medina of Chefchaouen before eventually emptying out into the Mediterranean Sea. In the old days, traditional water mills were all along the river functioning with water power.

Continue your exploration to the Kasbah right in the middle of the historic district, whose lush gardens are a cool haven in the heart of the city. The Kasbah was the nuclear part around which the old medina evolved due the arrival of The Moorish people expelled from Andalucía because of their religious beliefs. The Kasbah was built in 1471 by Mouly Ali Ben Rachid, the founder of the city of Chefchaouen
Relax over a cup of mint tea in the Big Square Outa Hammam, the heart of the medina, facing the Great Mosque with its unique rectangular shape.

Continue to Souika, the former Jewish quarter Mellah, now lined up with numerous shops of local handicrafts and Goldsmith. The Jews original work. The Jews settled here in the early sixteen centuries when they were expelled from Spain and were welcomed by the Mouly Ali Ben Rachid.
Have your lunch is nice restaurant serving local dishes and don’t miss a taste the goat cheese one of the specialties of the region. 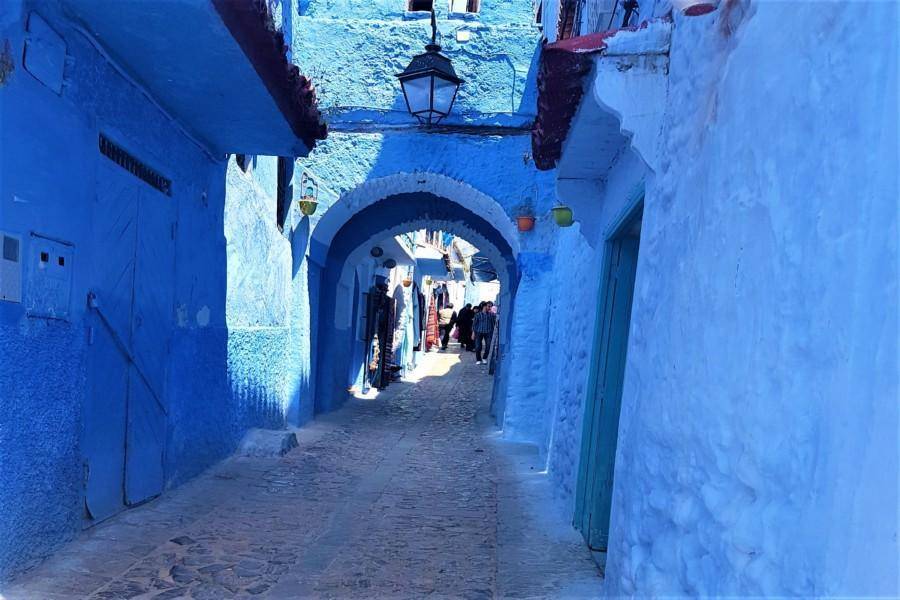 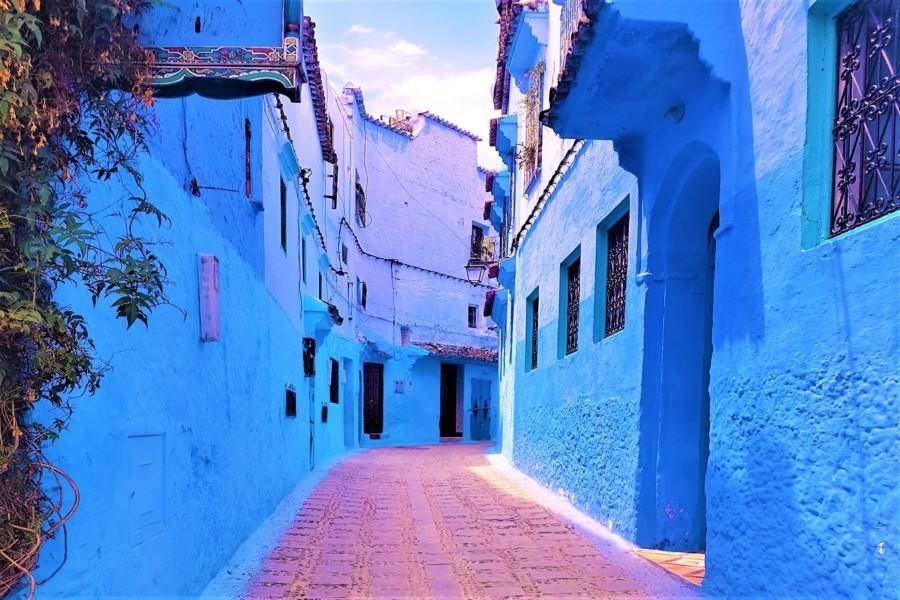 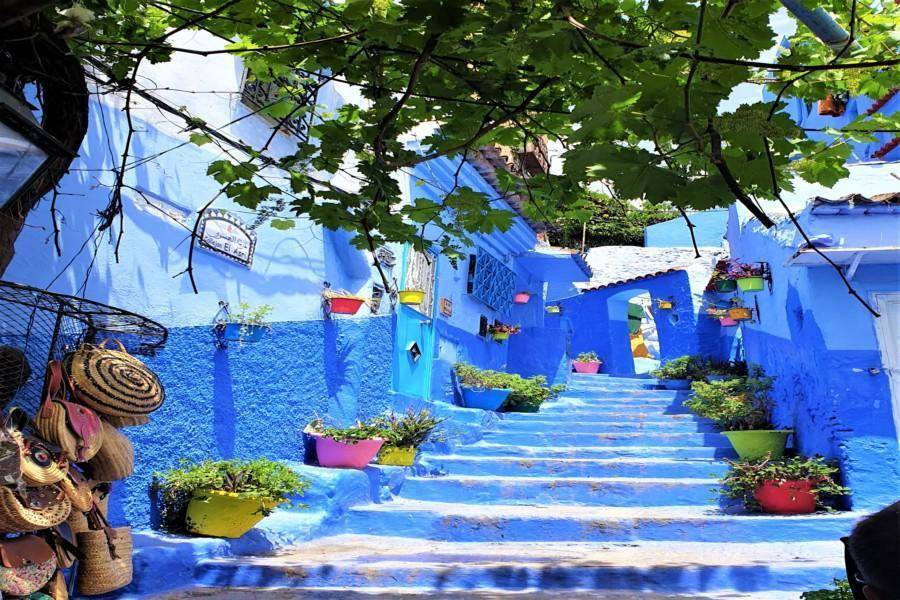 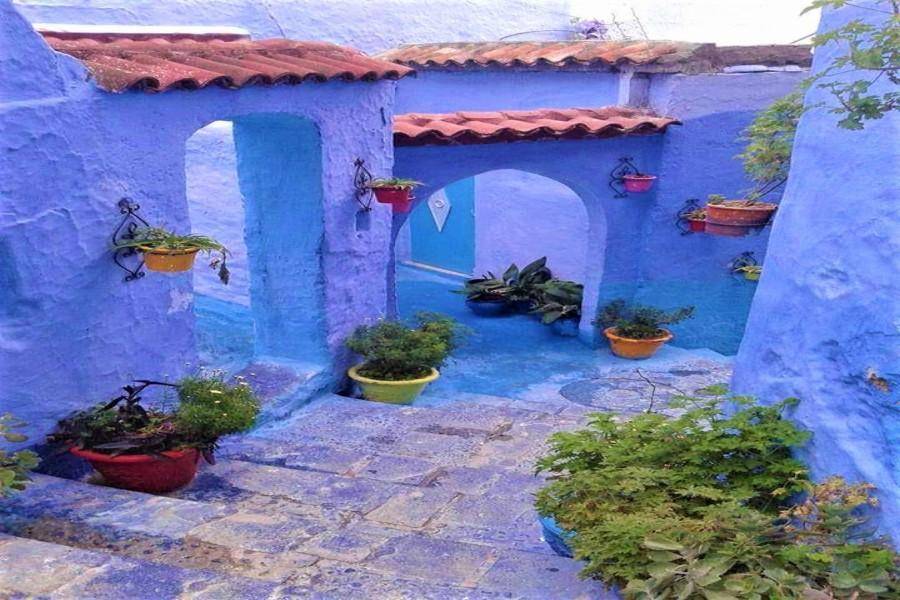 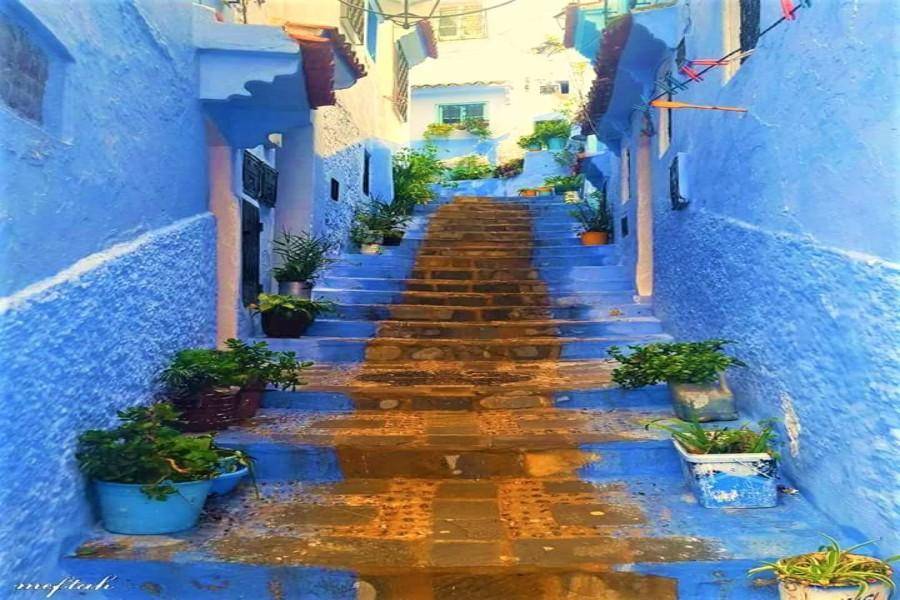 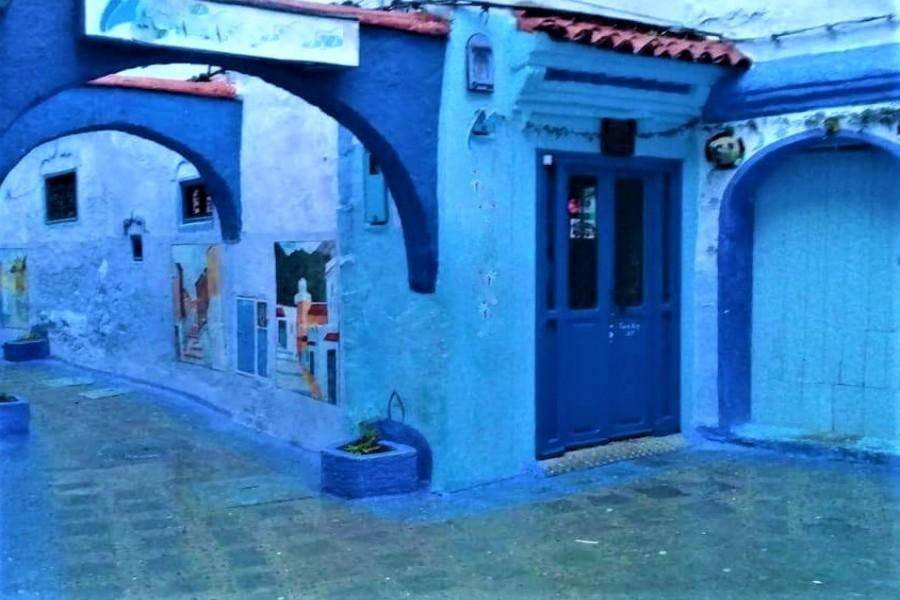